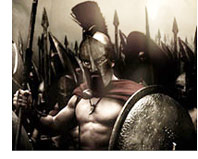 Do you remember the epic period movie 300? It’s hard to believe it came out in 2006 (!), yet here we are, fourteen years later. What everybody still remembers is the washboard abs of the film’s main stars. How did the actors train to become battle-ready and achieve a chiseled physique?

The goal of the director Zack Snyder and the trainers from Gym Jones was to give the actors an army-style training: extremely demanding, never boring and relying on camaraderie to pull everybody through tough moments.

On-set training was based on:

This circuit-style challenge was laid out so the actors could gauge their performance and overall fitness levels. It was not the main workout program, but it was used as a test so that both the trainers and the actors could see their progress. 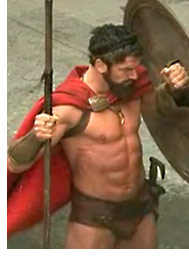 It’s by no means easy, though. Reportedly, only 17 of all cast members completed the challenge at some point during their training.

Here’s what they had to complete in 20 minutes:

The trainers went into this four-month transformation process with a bit of a philosophical approach and very clear goals set for the actors: 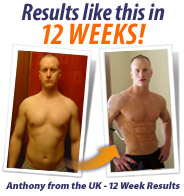 The main objective of the daily training sessions was to improve athleticism and range of motion required for performing advance fighting choreographies. Everything that the trainers prescribed was done to achieve the “Spartan state of mind”: always know what you’re capable of and always know you’re the best.

The results were impressive: some lost a lot of weight, some improved their personal bests and eventually everybody left the set with improved fitness and a body to kill (for).

ABS of The Month Julie-Ann Kulla

Protein Bar Reviews,Which should I choose?